In the presence of Munich’s Lord Mayor Christian Ude and Bavarian Interior Minister Dr. Günther Beckstein, the „Lebendige Stadt” Foundation presented its award for the „design of city centre sites” together with a cash award of DM 20,000 in the Old Town Hall in Munich on December 11. 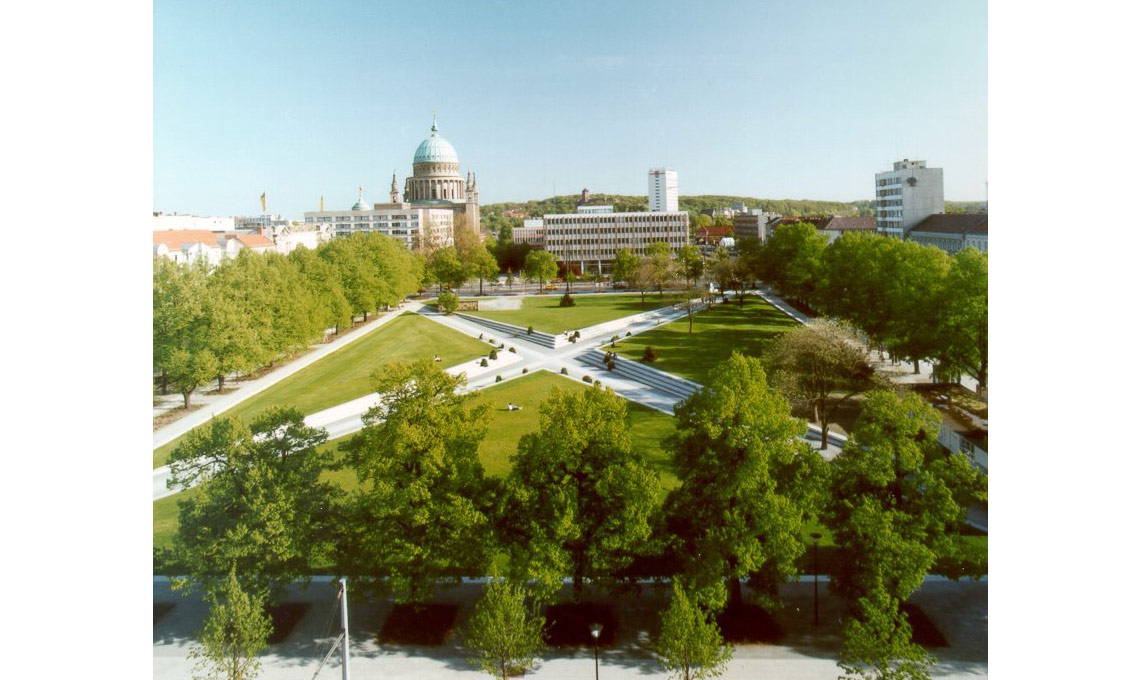 The jury chaired by Christoph Ingenhoven selected the concept drawn up by Hamburg landscape architects Wes & Partner. The concept that has already been implemented at the Platz der Einheit square in Potsdam was the clear winner of the coveted award out of around 300 entries and 170 submitted projects. “One of the most striking features of the design concept for the Platz der Einheit square is its clarity and simplicity”, is the opinion shared by Alexander Otto (Chairman of the Board of Trustees of the “Lebendige Stadt” Foundation) and Dr. Andreas Mattner (Chairman of the Foundation’s Executive Committee).

Praise was also expressed for five further design concepts for inner city squares. In addition to a further idea submitted by Wes & Partner in Greifswald, these included concepts for Annaberg-Buchholz, Berlin, Halle and Neu-Ulm. Thanks to the painstakingly developed details and the way they are harmoniously integrated in their surroundings, all of the projects would add to the quality of life and improve the utilisation options for the cities in question.

In the summer of 2000, prominent representatives from the worlds of culture, science, politics, business and the media joined forces for the first time in Germany in the nonprofit „Lebendige Stadt” („vibrant city”) Foundation with the aim of promoting the cultural variety of European cities. The cultural projects of the Foundation that have already been completed include the much-praised lighting concepts for the blast furnaces in the Saarland city of Neunkirchen and the illumination of Hamburg’s famous „Speicherstadt” warehouse district. The Foundation also organised a nationwide „Vibrant City Day”, where it promoted the planting of trees and bushes in public spaces in 39 cities and tens of thousands of people became „sponsors” of a small piece of green oasis in the city centre. The Innovation Congress entitled “The City as a Stage” and held in Düsseldorf in September was attended by over in 250 artists and municipal representatives, who came together to develop new ideas and artistic concepts for lively cities. The projects promoted by the Foundation also include a research project at Hamburg-Harburg Technical University. The scientific study is focused on the “Parameters of a Vibrant City”.