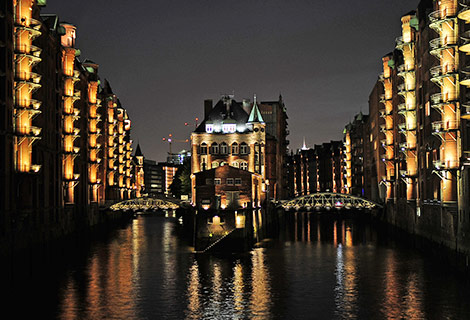 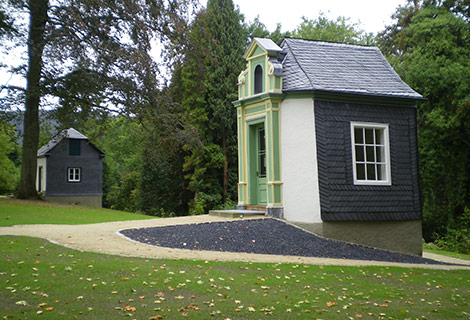 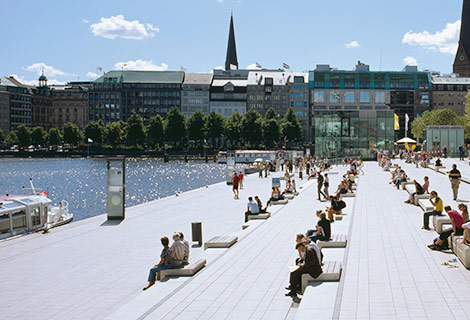 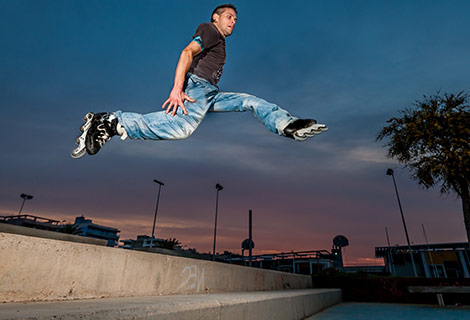 The artistic illumination is a gift from the joint initiative of the "Lebendige Stadt" Foundation, the Stiftung Zukunft Berlin Foundation and the Sparkassen savings banks, who paid the cost of installation totaling around one million euros. The patron of the event was Bundestag President Prof. Dr. Norbert Lammert, who pressed a button to switch on the 400 or lamps that bathe the Reichstag building in a warm white light.

Alexander Otto, Chairman of the Board of Trustees of the "Lebendige Stadt" Foundation, underlined the model character of the project: "The Reichstag building serves as a shining example of how to improve the quality of urban development while reducing energy consumption." 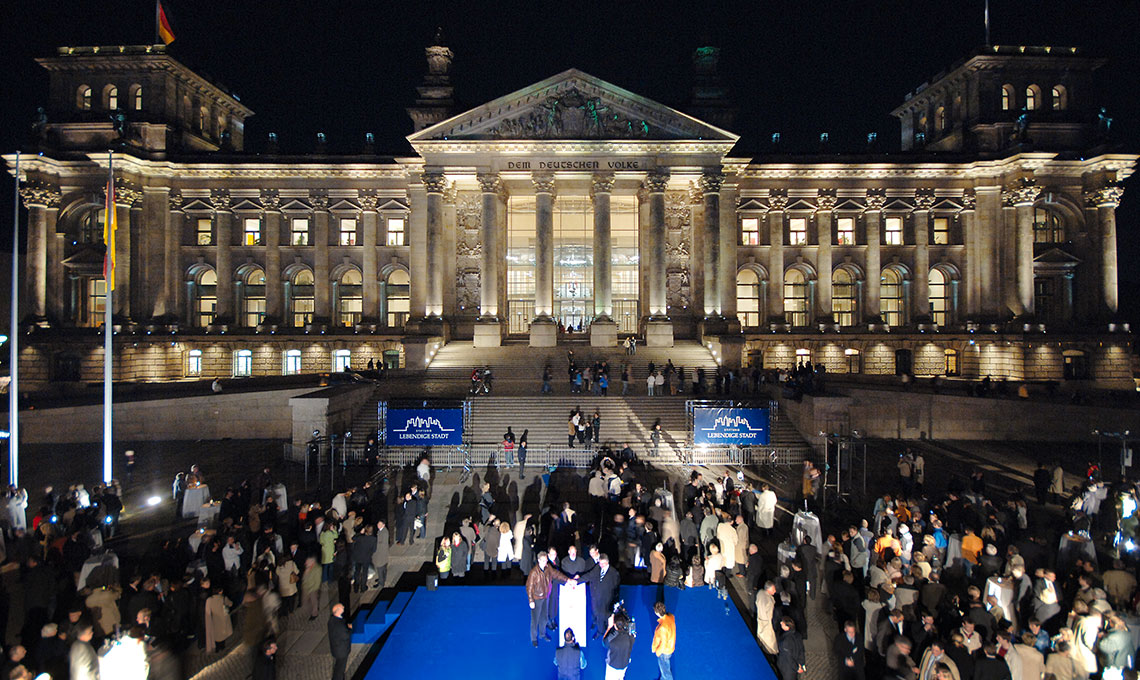 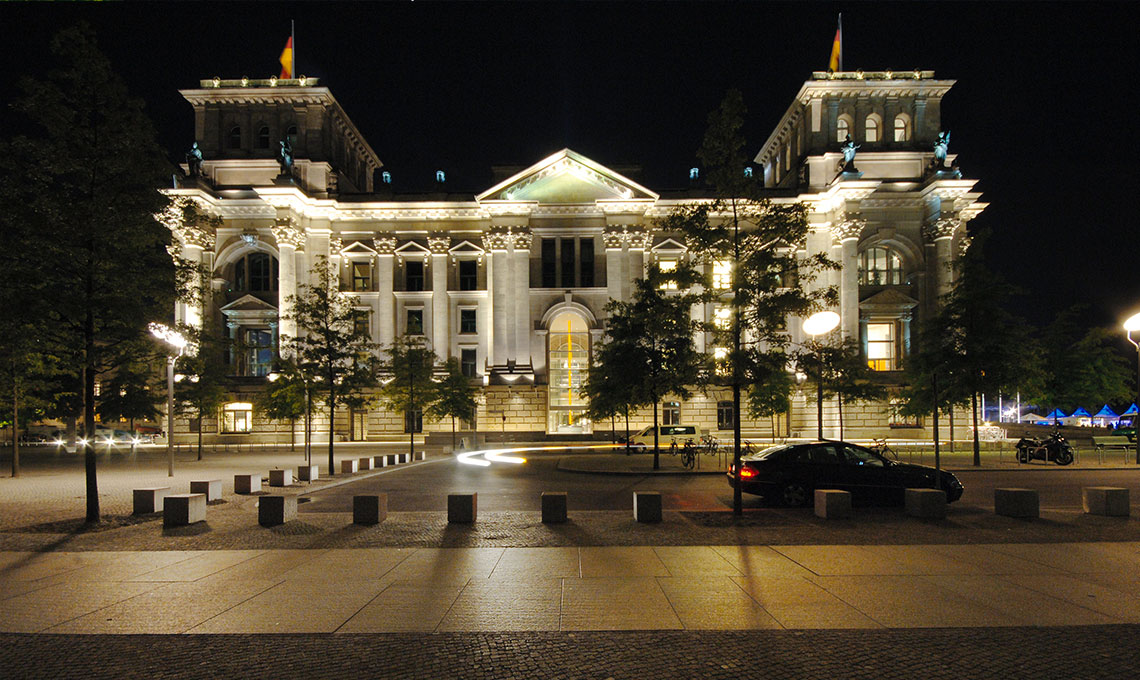 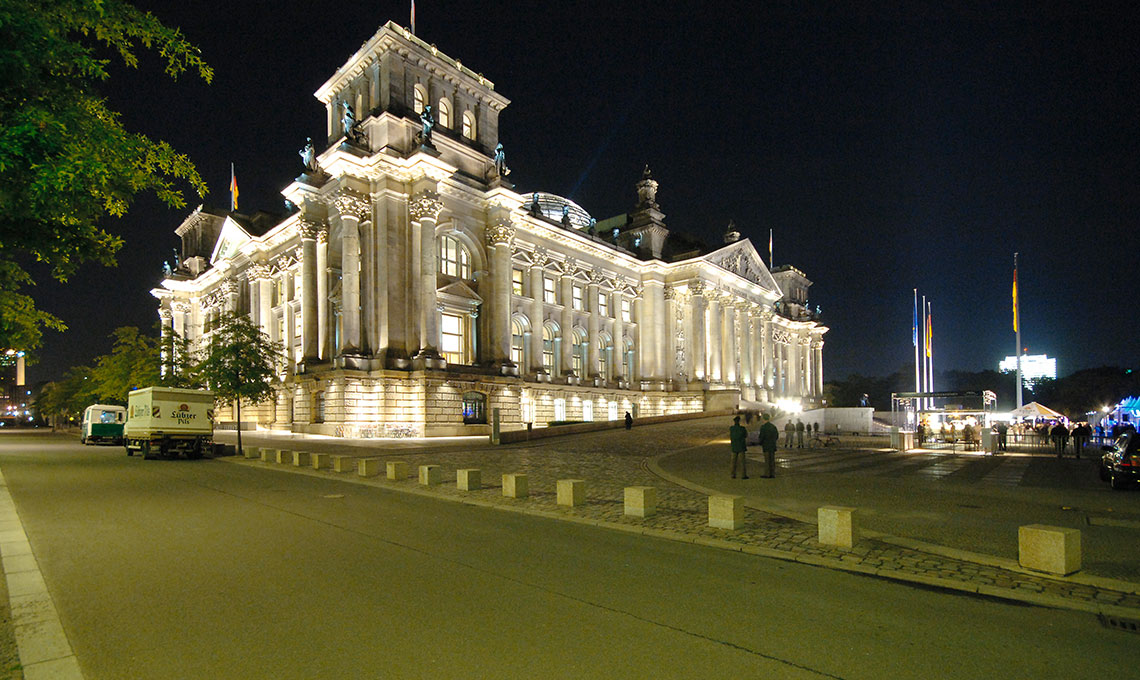 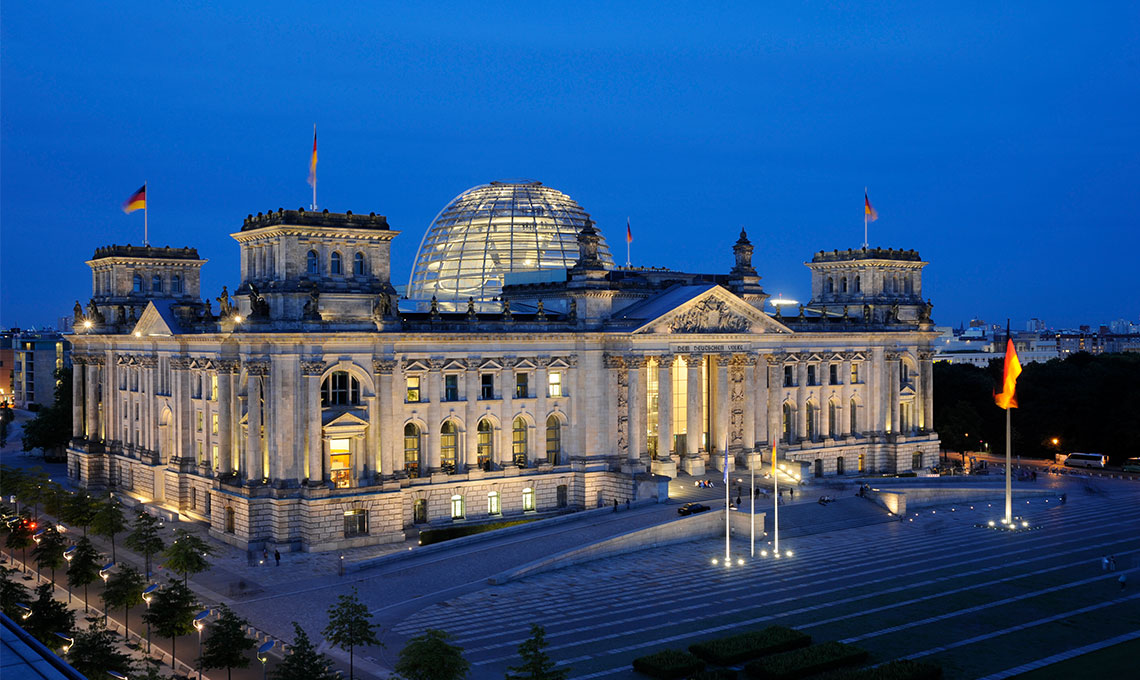 The core artistic idea of the winning entry is the synthesis of architectural identity, urban planning quality, democratic symbolism and modern design. Whereas the previous lighting was focused solely on the entrance portal, now all four sides of the facade, the outdoor stairs and the roof sculptures will be illuminated for the first time. The basic color of the 400 spots is a warm white, and this accentuates the ornamental features and the symbolic facade elements. The result: a discreet and dignified picture of the Reichstag building in its urban environment. Batz has drawn up a total of three different lighting scenarios to meet different requirements and suit different occasions.

The illumination concept also sets new standards from an ecological point of view. In addition to a high number of LEDs, modern metal halogen vapor lamps (MHDs) are also used. Whether in the form of buried lamps in Charlottenburg’s historic cobblestone or directly mounted on buildings at heights of up to 45 meters, they meet the highest standards. The new illumination scheme reduces the energy needed to power the external lighting of the building in which the German Bundestag parliament holds its sessions. The use of state-of-the-art illumination technology will in future save an average 60 percent of the energy that was previously needed to light the structure, equivalent to annual CO2 savings of 33 tons. And the new lighting system not only saves energy; the maintenance costs are also low thanks to the long operating life of the new lamps.

The system uses LEDs with a particularly long service life of at least 50,000 hours.

The idea for the artistic lighting concept dates back to the temporary illumination of the Reichstag building by the "Lebendige Stadt" Foundation during the 2006 Football World Cup. After this major event, many people expressed the wish for a permanent overall illumination scheme to underscore the central significance of the building in the parliamentary and government district of Germany's capital city. This wish has now become reality, thanks to the joint efforts of the "Lebendige Stadt" Foundation, the Stiftung Zukunft Berlin Foundation and the Sparkassen Financial Group.


On May 22, 2009, over 3,600 invited guests attended the inauguration of the illumination system for the westerly facade of the Reichstag building – among them numerous national government ministers, minister-presidents of the various states and members of the Federal Assembly, who elected the German President on the very next day.

The Reichstag in Berlin was designed by the architect Paul Wallot and built between 1884 and 1894. Following modernization and conversion based on the plans drawn up by British architect Sir Norman Foster, the building became the official seat of the German Bundestag parliament in April 1999.